As one of 27 district leaders on a national COVID recovery task force, Virginia Beach schools Superintendent Aaron Spence helped craft a list of the issues his counterparts across the country would need to consider as they reopened schools.

But during one meeting earlier this year, he said he interrupted the conversation with a more personal request. “When are we going to talk about us?” he asked the group. Spence, like many superintendents, had been enduring a virtual battering on social media over when to bring students and teachers back to the classroom.

If he delayed reopening, critics would suggest leaders in neighboring districts were more capable of managing the return to school. And if he celebrated students getting back on campus, “80 people would say, ‘You’re killing our children,’” said Spence, who took a year-long break from Twitter for his peace of mind. “There was no way to win.” 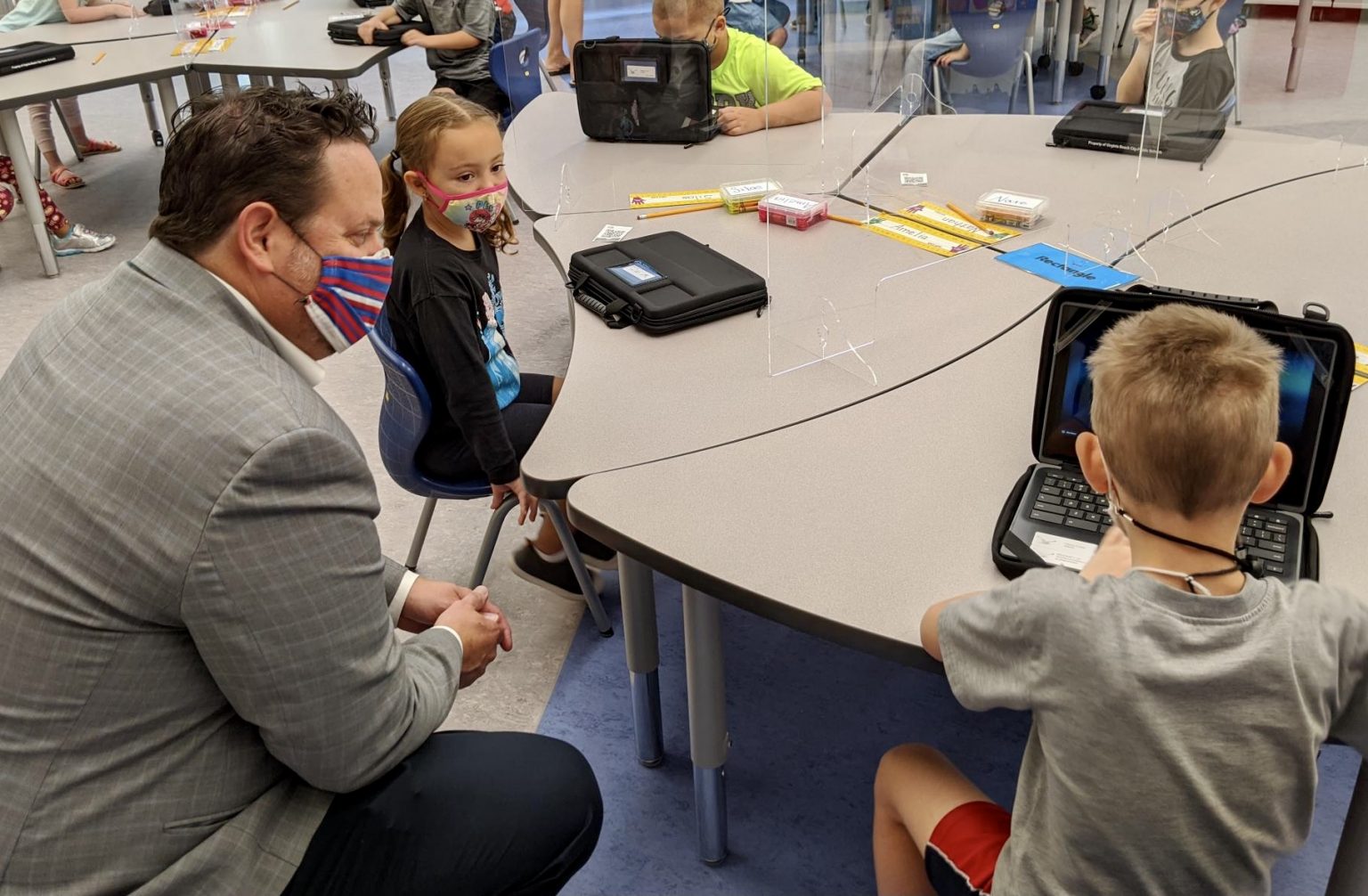 Spence resurfaced on social media last month to congratulate this year’s graduating seniors. But with the uproar over critical race theory now eclipsing the frustrations over school reopening, the tenor of online conversations hasn’t necessarily improved. More superintendents have called it quits this year than normal, including those in the nation’s top three school districts. But the vast majority of superintendents will be back this fall, and many are stepping into the role for the first time. With the Delta variant spreading as the school year gets closer and shouting matches breaking out at board meetings, district leaders are bracing for another turbulent year.

“People are just so angry right now,” said Susan Enfield, superintendent of the Highline Public Schools near Seattle. “I think that sometimes stepping away from social media is the healthy, appropriate thing to do — especially if you’re a parent or have children in the district.”

Over the past year, Enfield, who has been Highline’s superintendent for nine years, has become a virtual shoulder to lean on for district leaders across the country. She mentors new superintendents and teaches in a leadership certification program for AASA, the national superintendents’ organization.

But she has faced plenty of criticism on her own. This year alone, she’s been called everything from an “f-ing idiot” to “a know-it-all c-word,” she said. Some of the heat even came from within.

“I had staff accuse me of being racist for wanting to bring children back at their parents’ request,” she said, adding that 45 percent of parents polled wanted to return in March, almost half of them non-white. “I felt that was a mandate.”

Then in April, the district’s central office was vandalized. The words “Racist superintendent. Hazard pay. Reparations now” were sprayed across the front of the building in red and black paint.

Aside from moments when she dreams of being a personal shopper at Nordstrom, Enfield said she still loves the work and has learned to separate the political nature of the position from her role as a district leader.

“The work of serving children is a gift, even on the hard days,” she said.

While she hasn’t left social media, Enfield refrains from getting into back-and-forth exchanges with those tweeting hateful comments. And she advises other leaders to put their health and family first.

‘The intensity of the emotion’

That’s what Candace Singh, who has led the Fallbrook Union Elementary School District near San Diego since 2011, had to do after receiving messages about reopening schools that she said threatened her and her family’s safety. Warnings, such as “You better watch out,” and “Watch your back,” unnerved her enough that she closed her Twitter account for three months. She said she needed to “get her sea legs again” and balance her role as a mother, daughter and wife.

“Because that language is now accepted in the public discourse, where it never would have been tolerated before, [it’s] very unsettling for people in my position,” she said.

At the height of the crisis, she was on Zoom 12 hours a day and never left her kitchen counter. She started to feel like she was getting sick, so she set some boundaries around her time. She limited the amount of news she would follow and began to take daily walks around her neighborhood near the ocean, listening to “meditative” music and podcasts and catching up with friends and family by phone.

“If you’ve been a superintendent for any length of time, you’re used to this being a job that comes with criticism. You’re making decisions that not everyone will agree with, nor should they,” she said. “This took that and literally lit it on fire because of the nature of the intensity of the emotion and deeply political direction this took.”

In Tennessee’s Shelby County Public Schools last year, Superintendent Joris Ray received alarming messages on social media regarding his decision to keep schools virtual in the fall. One tweet sent to him said, “You deserve to be tortured in the worst way possible,” and someone showed up at his house to challenge him over the issue, according to the district. Last month, the Guilford County Schools in North Carolina added protection for Superintendent Sharon Contreras and other district leaders because of a spike in angry emails, voicemails and posts on social media — one of which accused Contreras, in uppercase letters, of running a “far-left, anti-white racist, indoctrination gulag” and being “an aficionado of BLM thugs,” officials said.

The outrage in many communities over critical race theory has made district leadership even more perilous in recent months, with some administrators even leaving their jobs due to threats of violence.

But district leaders aren’t the only ones feeling under attack.

“The temperature and rhetoric is too hot on all sides,” said Erika Sanzi, the director of outreach at nonprofit Parents Defending Education and an outspoken opponent of what the organization views as indoctrination in the classroom. “The threats are not unique to district leaders — parents who oppose ideas and practices infected with critical race and gender theory are also being threatened, doxxed and harassed. All of it is wrong.”

And the angry tone on social media over masks, policies for transgender students and school equity initiatives is spilling over into school board meetings.

A crowd protesting mandatory masks and vaccines forms before a school board meeting at a high school in Kings Park, New York on June 8. (Steve Pfost/Newsday RM via Getty Images)

One man was arrested in June for disorderly conduct at a Loudoun County Public Schools board meeting, where members addressed transgender student policies. In Utah, a Granite School District meeting ended early when a dozen disruptive, anti-mask protesters burst in, yelling obscenities at board members. And Sanzi pointed to Michelle Leete, who resigned from her position with the Virginia state PTA last week after shouting “Let them die” at a rally outside a Fairfax County school board meeting, in reference to parents opposed to critical race theory. The Virginia PTA tweeted on Saturday that Leete wasn’t speaking for the organization and that they didn’t “condone the choice of words.”

‘They tie your salary to what they think you should tolerate.’ —Candace Singh, superintendent of the Fallbrook Union Elementary School District near San Diego

Kenneth Trump, president of National School Safety and Security Services, a nonprofit consulting firm, said his team has noticed an increase in concerns about the safety of school and district leaders at board meetings, and because of the “broader context of violence in public places” in recent years, some districts have increased security.

Those who continue to engage with the public on social media “can take their time to pick-and-choose how to respond to threats,” he said. “But when tempers flare at in-person meetings, they may have less time or no time to think through a laundry list of potential ways to respond.”

Sarah Sobieraj, a sociology professor at Tufts University, sees the hateful comments toward superintendents as part of a larger trend of threats against officials over the past year, including those working in public health and elections. While both men and women in leadership positions have felt the impact, women in the public eye, she said, have borne the brunt of the backlash and the commenters often discredit them because they are women.

Taking a break from social media or having a staff person monitor the posts are among the ways leaders handle the onslaught, “but you can take all of the precautions that people might suggest, and still find yourself on the receiving end of this kind of harassment,” said Sobieraj, whose father was a district superintendent.

The public might not have a lot of sympathy for leaders who earn six figures and are expected to make tough decisions.

“They tie your salary to what they think you should tolerate,” Singh said.

But Sobieraj said attacks on social media are now a factor leaders weigh when deciding whether to go into public service — one that can discourage women and minorities from pursuing those roles.

“Things that used to seem like regular good jobs that had a public face now seem like dangerous, high-risk activities,” she said.

Enfield added it’s important for district leaders to find ways to stay above the fray because superintendent longevity is a key to improving student achievement. One reason is because superintendents hire principals and research shows well-prepared school leaders contribute to growth in student learning.

“One of the least sexy, least talked-about factors in districts that are getting results is leadership stability,” she said.

But she said superintendents also need to know when to step away. She’s decided that the 2021-22 school year will be her last in Highline, but the burden of leading schools during the pandemic was only part of the reason. She hopes to continue serving as superintendent in another district.

“Every leader has a shelf life,” she said. “You figure out when your shelf life comes before someone else figures it out for you.” 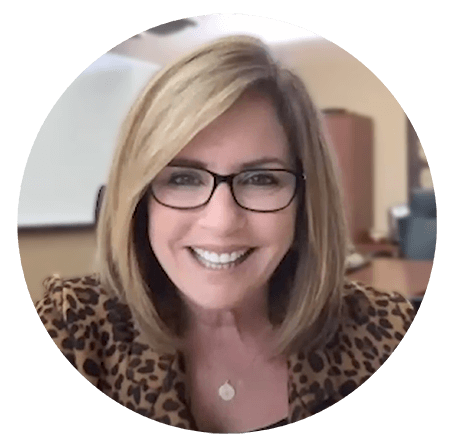 Leading From the Chair You’re In presented by Dr. Candace Singh

Leadership is not about rank,

Read this exclusive conversation with

This year has shown us